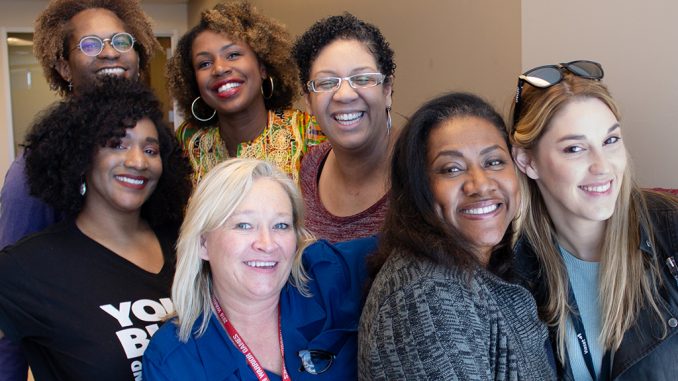 Viasat’s success is built around a 30-plus-year history of innovation. African-American culture reflects a similar history of innovation. African-American inventors created voice-over internet protocol, fiber-optic cable, the personal computer, microphones, automatic gear shifting, refrigerators and clothes dryers, elevators, traffic signals, thermostats, and the electric trolley – among many others. Black History Month, celebrated by Viasat’s Black Professional Alliance (BPA) chapters in Carlsbad and Denver, honors those contributions. The two chapters sponsored speakers, black history-themed bingo and a happy hour celebrating accomplishments in 1960s space exploration. Historically, African American contributions – as recently illustrated in the movie “Hidden Figures” – have gone unheralded. African American slaves were prodigious innovators, but few received acknowledgement or benefit. Slaves couldn’t have property, and that included patents on their own inventions. So slave owners often claimed the inventions – and the money from them – as their own. “We were free labor for years; of course we wanted to make our lives easier so we invented things,” said Gerald Brewer, a member of Denver’s BPA. “Our whole goal is to open eyes so people can learn about these accomplishments.”

“Our history is so deep,” said Kim Coleman, another Denver BPA member. “From the car you drive to the refrigerator you open every day, from the stoplight to the mop – all those things were invented by African Americans.”

Former Apollo engineer Shelby Jacobs, who spoke on Viasat’s Carlsbad, Calif. campus Feb. 14 as part of Black History Month, was an unsung hero for much of his life. The 84-year-old Oceanside resident developed the camera systems that captured images during the Apollo missions — including the famous “blue marble” photo of Earth. His achievements are featured through spring 2019 at the Columbia Memorial Space Center in Downey, Calif.

Learn more about the exhibit, “Achieving the Impossible: The Life and Dreams of Shelby Jacobs.”

“I was one of those hidden figures,” he said during his talk with Viasat employees. “Many do not know we were part of the success in the space program. “The hidden-figure phenomena is not new to me. Historically, the nature of our country was women and minorities were under-estimated, relegated to minor roles and never given credit for making contributions. “Before I leave this earth, I want to make a difference in that phenomenon, in trying to unravel that. It’s about time we try to do things to make a difference.” When Jacobs decided to become an engineer, a college professor told him there were no other black engineers. As a former high school hurdle runner, Jacobs saw that as a challenge. “I did not translate that as discouragement. I did not see him as being racist,” he said. “I chose to interpret that as telling me the odds would be long. I never got hung up on obstacles and barriers in life. You find a way around it.” Carlsbad BPA member Roscoe Frazier helped arrange Jacobs’ appearance. “We need to make sure these names are known and make sure young African Americans have some historical role models,” he said. “Hopefully these kinds of activities shed light on the fact there’s been a lot of minority participation in all areas so other people think, ‘Hey I can do this also’. “I also want to make sure we understand that we’re all standing on somebody’s shoulders.” The Denver BPA is also giving financial support to African American advancements. Through bingo cards sold during the chapter’s 2018 event, it raised $1,500. With Viasat matching funds, the alliance donated $3,000 to help a Tennessee State University student with college expenses. Money raised during this year’s bingo game will be donated to another Tennessee State student; TSU is a historically black public university. 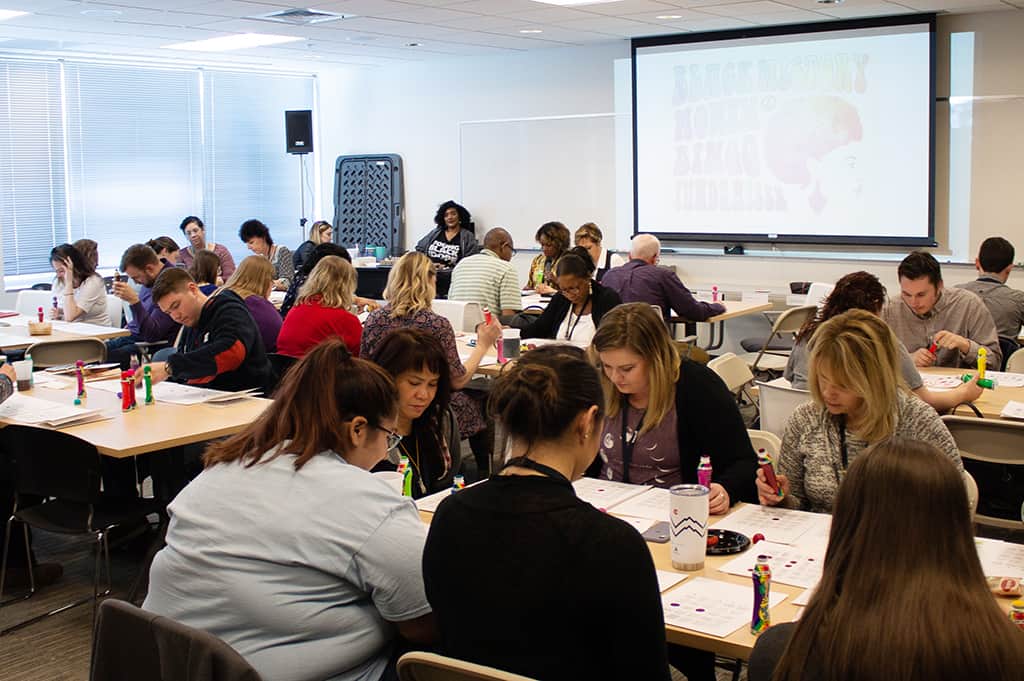 In Denver, a bingo event raised money to help a Tennessee State University student with college expenses while also driving awareness of African-American contributions to society throughout history.