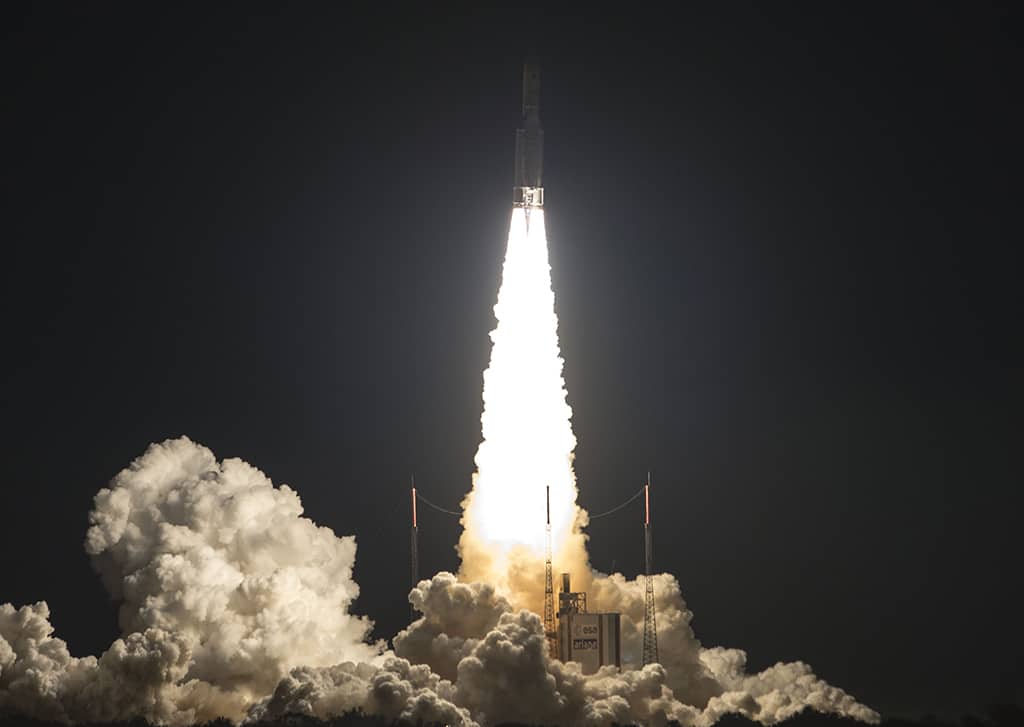 May 3 is International Space Day, and it’s an important date for Viasat because it represents where a big part of our core business happens: space. National Space Day was created in 1997 by Lockheed Martin as a way to encourage STEM (science, technology, engineering, math) education and knowledge of the space industry. It was expanded to International Space Day in 2001 by former astronaut and Senator John Glenn.

Space has fascinated people for hundreds of years — as far back as 1609, when Galileo made his first telescope observations. When satellites entered the scene with Sputnik-1 in 1957, it kicked off a space race that culminated in the U.S. landing the first people on the moon in 1969, and an ever-growing interest in space-based technologies.

Compared with land-based communication technologies constrained by the curvature of the earth, satellites can cover a great deal more circumference. In the geostationary orbit where Viasat’s satellites operate, one satellite will be able to “see” up to a third of the planet. And at 22,236 miles up, the satellite orbits at the same rate as the earth’s rotation, meaning it can essentially “hover” in place to serve the same area on the ground at all times.

This type of orbit was first postulated by science fiction writer Arthur C. Clarke, and today this high orbit is referred to as the “Clarke Belt.” Compared to lower orbits that have thousands of satellites in them, the Clarke Belt only has a few hundred. That’s because, at a tenth of the way to the moon, it’s much more challenging and expensive to place a satellite there.

“Space” semi-officially begins at the “Karman line” 62 miles (100 km) above sea level. While there isn’t a universally agreed-upon start to space, this imaginary line is right around the altitude where the atmosphere would be too thin for an aircraft to maintain aerodynamic lift. To be completely above the earth’s atmosphere, you’d need to get about 600 miles up.

For a satellite communications company like Viasat, space is where much of our operations take place. With five of our own satellites and leased space on several others, we’re able to deliver an internet signal in many parts of the world. When we complete our ViaSat-3 constellation over the next few years, we’ll have a great deal more capacity as well as coverage of the entire earth. This will allow us to deliver internet from space to some of the hardest-to-reach locations in the world.

As we celebrate International Space Day, we often highlight the many advantages of space-based communications, but it’s also important to spotlight the inventiveness and creativity that goes into developing technologies that can exist in the severe, tricky environment of space.

For Viasat, our satellites in geostationary orbit are too high to service or fix, so they’ve got to be as near-to-perfect as possible before being attached to a rocket and launched into space. Our teams are dedicated to ensuring our spacecraft and systems are optimized for ongoing longevity in harsh space conditions.

“You’re taking all of those millions of electronics and mechanical parts on the satellite and putting them in really extreme environments. First, we have to put this fine-tuned machine onto space by attaching it atop 230 feet of explosives and lighting the fuse. It has to be designed to withstand the rigors of this acceleration and vibration environment. When it’s inside the rocket fairing, the acoustic noise is like being right behind an airplane jet engine at takeoff — and it has to be as lightweight as possible. Then the satellite has to last at least 15 years without anyone touching it while keeping the delicate electronics in a nice, comfortable thermal environment inside the spacecraft while outside it’s close to absolute zero on the shade and 300-400 degrees in the sun.”

Today’s International Space Day is a time to remember the hard work, commitment and the ingenuity our global teams bring to the space industry because as Dave added, “For us, we only get one shot at it.”

See a map of our current and planned fleet of satellites