Positive examples can be a powerful force to inspire other Hispanics to pursue careers in technology, Viasat employees say. 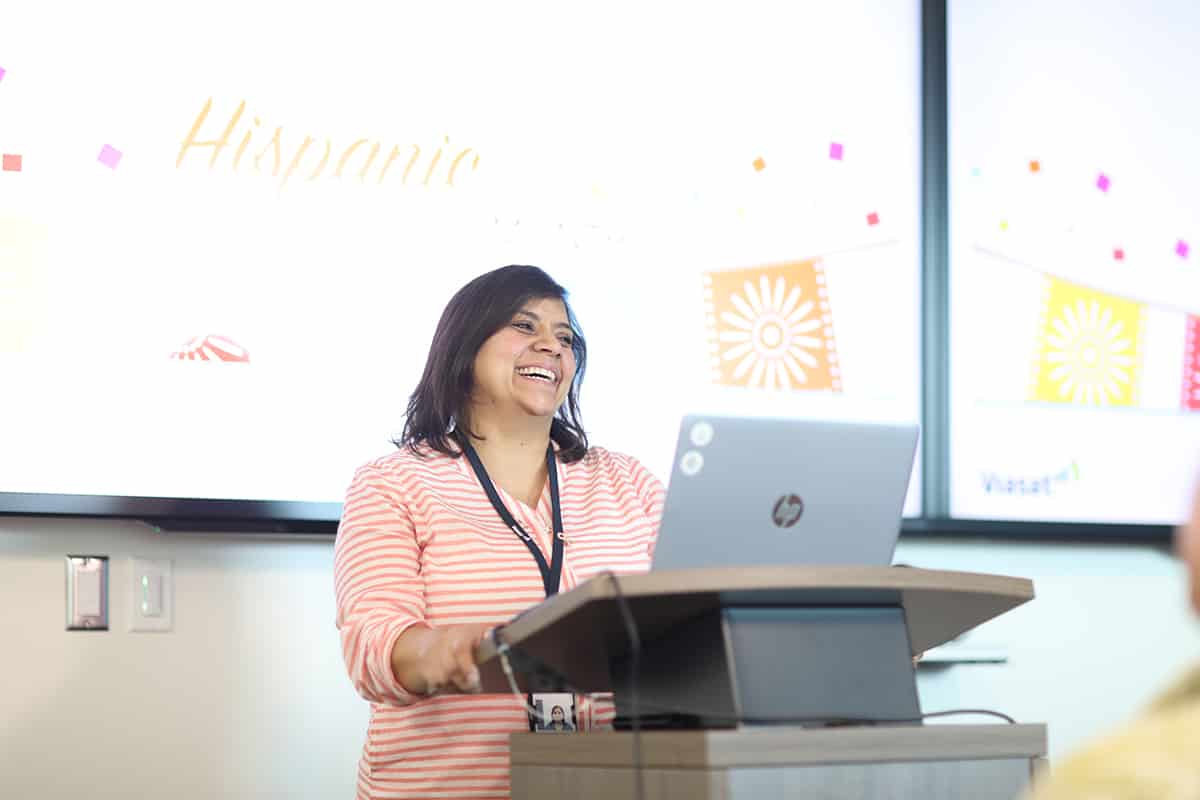 Her family’s encouragement and a college education set Dr. Kelly Martinez on the path to a successful life, away from the hardscrabble existence her parents knew. Martinez, the daughter of migrant farm workers, is a well-reputed San Diego obstetrician and gynecologist who spoke at Viasat as part of National Hispanic Heritage Month. Her story resonated with many of the Hispanic Viasat employees who attended.

The annual event, held Sept. 15 to Oct. 15, celebrates the histories, cultures and contributions of Americans whose ancestors came from Spain, Mexico, the Caribbean and Central and South America. Hispanics are the country’s largest ethnic minority group and represent nearly 20 percent of the population.

Viasat Program Manager Soozan Alcaraz, a leader with the company’s Hispanic/Latino Leadership (HOLA) Alliance, is friends with Martinez and invited her to speak at the company’s headquarters in Carlsbad, CA. The two share similar childhood stories.

“Getting minorities out there to show it’s possible and help them see what needs to be done is a great way to help the community start to move forward.” —Soozan Alcaraz

“My parents didn’t know English when they first migrated to the United States, so it was extremely important for them to send us to school, learn the language, and start integrating,” Alcaraz said. “My father was a roofer who worked for a Mexican-American individual; he taught him the trade and later how to get new business. After working for him for seven years, my dad was able to start his own company.

“It proves that all we need is encouragement, and when we see that someone made it in this world who looks like us – like Dr. Martinez – it pushes us even harder to be successful.”

How Viasat is reaching out

In 2017, HOLA volunteers partnered with Carlsbad’s Jefferson Elementary third grade class to build a “Maker Space” – a place for students to learn, create and explore STEM. This elementary school has a large, predominantly Hispanic student population. Viasat is a sponsor of SHPE (Society of Hispanic Professional Engineers) and works with Hispanic/Latino Leadership Alliance to support their annual banquet and scholarships in San Diego. For the last two years, we’ve sponsored scholarships for Hispanic/Latino students pursuing careers in STEM. SHPE San Diego’s mission includes increasing the number of Hispanics entering and graduating from STEM degree programs, supporting SHPE members to be influential in impacting and advancing the STEM fields, collaborating with corporate, government, and academic partners to increase their employee Hispanic population to mirror U.S. demographics.

“My parents were also migrant farmer workers and I am a product of the original Dreamers,” she said, referring to young people who qualify for the Development, Relief, and Education for Alien Minors (DREAM) Act. “Dr. Martinez was a good example of being able to make it; her parents really pushed for her education. They wanted her to do better and make better, and the best avenue for that was education.

“I think, we need to get the word out; other people need to know they can, too.”

Engineering a way up

“Here I am on my way home from my job at an engineering company and those guys are going to be there till 11 at night packing bags; it’s a tough pill to swallow,” the 25-year-old said. “But that’s why I came back and am trying to change some mindsets.”

“Your parents struggle, and they hope you do better, but you don’t know how to because you’ve never seen anyone do better,” he said. “Even though every parent tells their kid you have to go to college, where we grew up, no one goes. You just assume you’re not the audience for that.

“Money is part of it. The other part is just it’s a continuous cycle of wanting to get through school quickly to get a job as soon as you graduate, start helping out the household.”

As the first in his family to attend college, he decided to address the lack of awareness he saw about options beyond high school, and about Viasat. Though El Camino High School is located 10 miles from Viasat’s headquarters, neither he nor his classmates knew the company existed.

The young engineer went back to El Camino High School and asked if he could start a computer science club. He taught high school students in the club how to code.

“My little brother was in the first session; that was motivating,” Manuel said.

Manuel’s brother is now a junior in college, majoring in computer science.

Because of the interest the club generated, the school launched its first AP computer science program with the 2018 academic year.

“Sometimes kids need to be pushed to realize their potential,” said Manuel, who now plans to start a scholarship for El Camino High School students.

Alcaraz said such role models are needed for real change to occur.

“It’s hard to think you can do it when you live in an impoverished neighborhood and most of your neighbors clean houses or mow lawns for a living,” she said. “Even though parents understand education is key for success, it’s hard to push this on their children when they can’t afford college and don’t personally know of any Mexican-American successes.

“Getting minorities out there to show it’s possible and help them see what needs to be done is a great way to help the community start to move forward.” 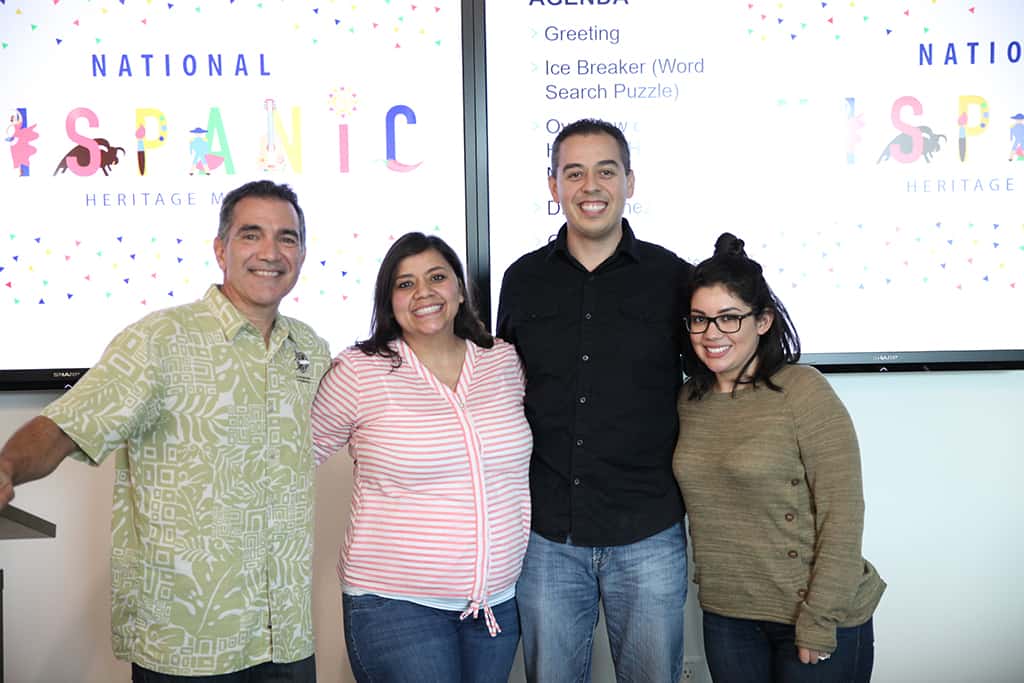