Viasat amateur radio operators on the front line during emergencies 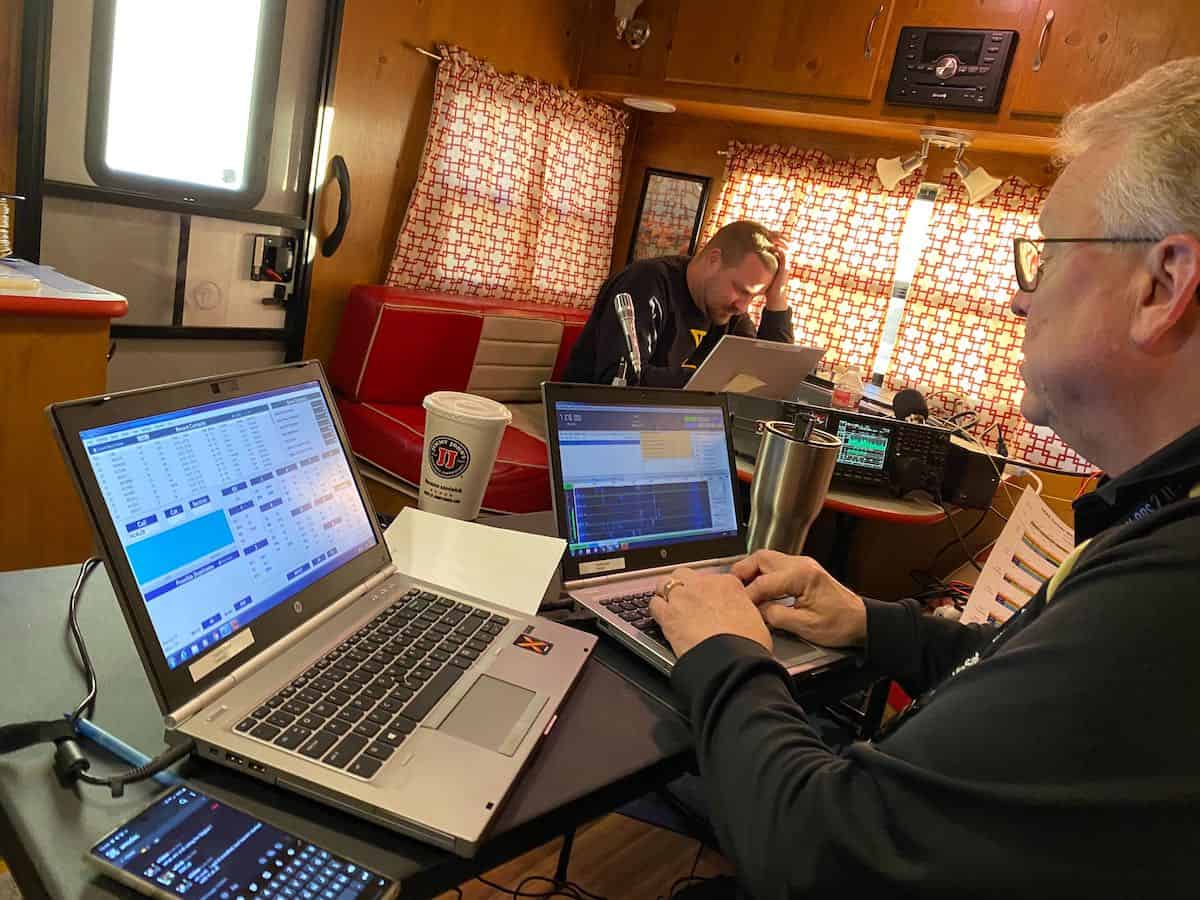 When Hurricane Maria devastated Puerto Rico in 2017, taking down the island’s electrical, landline and cellular communications, amateur radio operators were among the first voices heard.

Operating on frequencies that bypass cables and electricity, radio operations were run for the police and power company – whose radio networks were also taken down – and helped link survivors to temporary shelter, food, water and medicine. They also helped relay messages to worried loved ones off the island.

Ham radio operators were back in Puerto Rico to help again in December 2019 in the wake of an earthquake. They deployed in Australia when bushfires damaged communications systems there. They did the same after 9/11, Hurricane Katrina and countless other natural disasters and tragedies in the U.S. and abroad.

None of that is a surprise to the Viasat employees who are also ham radio operators.

“Ham radio is frequently a vital link; when everything else quits working, we can still get out,” said Denver-based Viasat engineer Randy Reynard. “It’s an old hobby, and there are parts I’d agree are obsolete but there are other parts that are very current and visible.”

Viasat Denver engineer Pete Fountain stands in the doorway of the RV that was used by employees participating in the Winter Field Day event in late January.

“We’re the ones that can mobilize and oftentimes be more effective than the government agencies,” he said. “I have solar panels and batteries; I can go almost anywhere and set up.

“After Hurricane Harvey in 2017, I drove down on a Friday afternoon to work with the Red Cross. I handled all kinds of messages – communications about people’s health and welfare, supplies that were needed.”

Like many other ham users, Reynard is an enthusiastic advocate for amateur radio. In January, he and several other Denver VARA members dedicated their weekend to the practice as part of Winter Field Day. The 24-hour communications marathon invites amateur radio operators nationally – and in some cases internationally – to test their equipment and skills by making contact with as many other operators as possible.

“It’s a good way to keep your mind open and a great opportunity for community service,” said Reynard. “And it’s just fun. 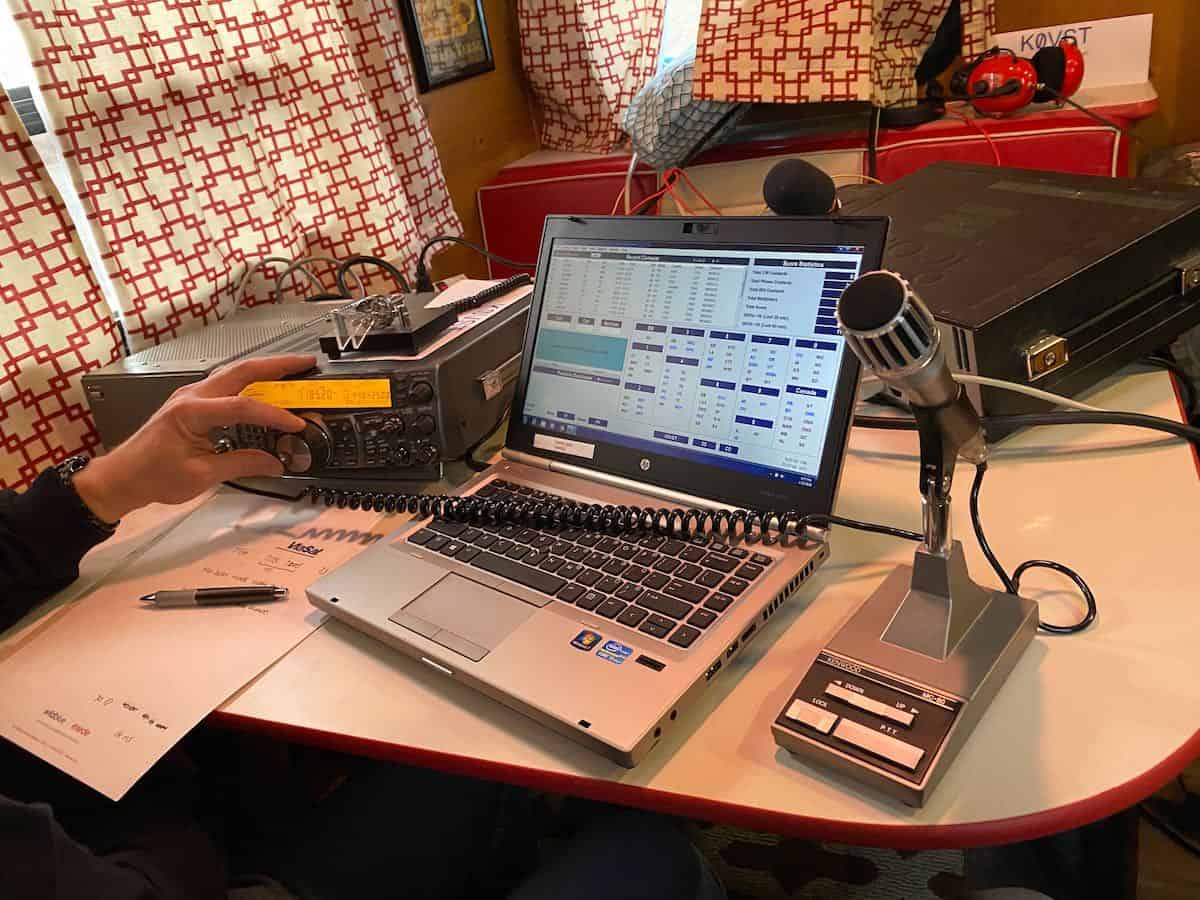 Equipment used during the Winter Field at Denver Viasat. The competition took place in an RV parked in the Viasat parking lot Jan. 25 and 26.

“What we learn in amateur radio also applies to our work here at Viasat – radio, propagation, electronics – and vice versa. I’ve probably learned more as a ham from practical experience than I did in a lot of my college classes.”

Amateur radio was first used in the 1890s when Italian inventor Guglielmo Marconi adapted radio waves as part of a communication system. In the U.S. today, the hobby is not declining, but in fact growing at about 1 percent a year. More than 750,000 people hold an amateur radio license, issued by the Federal Communications Commission.

In Carlsbad, the creation of the alliance is just a more formal recognition of a group they established a decade ago. The Viasat Amateur Radio Club has about 20 members, and Viasat supports the group with equipment it needs.

That includes a repeater installed on a Viasat building to expand the distance radio signals travel. The repeater is tied to an emergency generator and shared with the Carlsbad Community Emergency Response Team (CERT), a volunteer program created to provide immediate help in the wake of a large-scale incident. If power goes down, it can provide communications to the Carlsbad campus and the City of Carlsbad. The CERT team tests the system during its monthly training drills.

“I was a firefighter in high school and college, and I got into amateur radio because I like the emergency communications aspect of it,” he said. “I love radios. My grandfather was an electronics engineer. My mom got her (ham) license. And my son, who’s now a computer engineer, got his license.

“There’s a camaraderie in talking with people all around the world. And because of the conveniences of the internet, cellphones and other devices, there’s a charm and an expertise in getting out there and finding someone to talk with.”

College Station’s Walker, a ham radio operator from the age of 11, sees another, long-term benefit to the practice. His childhood knowledge of amateur radio equipment and communications helped set him up for his career.

“I was always building, fixing, playing with radios; somehow it turned out to be a good marriage with the RF (radio frequency) and wireless work I do at Viasat,” he said. “Amateur radio has helped me obtain employment opportunities from way back when.”

Walker pointed to the understanding amateur radio helped him gain in atmospheric conditions, mathematics and calculating wave lengths and frequencies.

“I’m a lot more familiar in depth with the technology,” he said. “That’s why I think it’s very worthwhile. The fact that you’re often helping the community when you do it makes it that much better.” 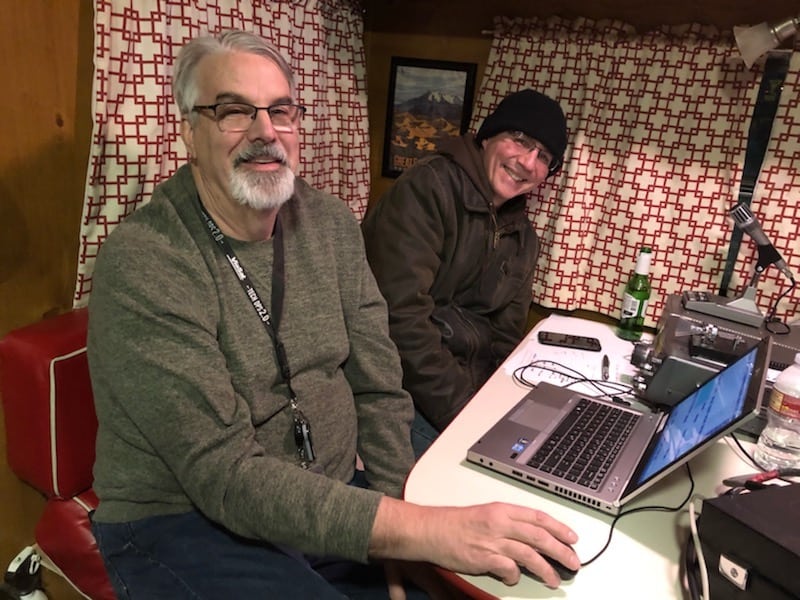