By better leveraging private sector technology capabilities, the DoD can enhance the mission effectiveness and safety of today's warfighters 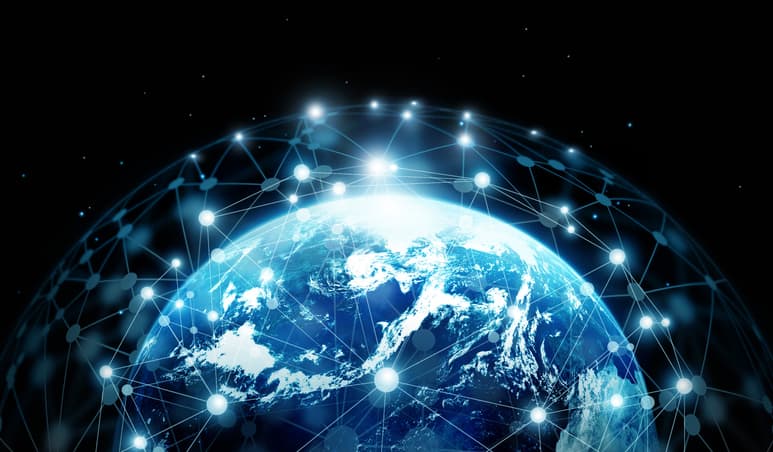 Following a deadly friendly fire incident in June 2014, a group of Viasat engineers, technologists and veterans took action to find a better way to conduct Close Air Support (CAS) missions. The team was committed to improving target accuracy with new technology to help ensure another incident like this would never happen again.

“Our team quite literally sketched out a new CAS system on the back of a napkin,” said Ken Peterman, president of Viasat’s Government Systems business. “The Viasat team knew we could find an answer to improve CAS missions, which were being conducted using essentially the same methodology as was used by pilots in World War II.”

Today, because of Viasat’s proactive approach and technology leadership, the company is helping revolutionize the way CAS missions are conducted.

What’s notable isn’t just the initiative and dedication of the veterans and engineers working on this project — or that BATS-D radios were fielded by military forces in only 17 months — but that this isn’t new to Viasat’s Government Systems team. In fact, the business has a long track record of investing in its own research and development of new products and services to deliver game-changing technology capabilities, used by both U.S. and coalition military forces, before a program of record is ever established.

“Viasat is a company with an incredible culture of innovation,” Peterman said. “We enable our employees to take on projects they’re passionate about, and this has led to a number of our non-developmental items being delivered to military forces when they’re needed most.”

As Peterman also pointed out, Viasat started out in 1986 as a defense contractor, a small technology firm working on Small Business Innovation Research projects. The company proved adept at leveraging that work into becoming a major player in the commercial satellite communications market. Now, Viasat has come full circle by using its expertise across a range of commercial and defense markets to become a strategic partner and national asset to the U.S. Department of Defense (DoD) and coalition militaries around the world.

For example, Viasat is currently the only U.S. Company that supports NSA Type 1 encryption for both Layer 2 Ethernet Data Encryption and Layer 3 High Assurance Internet Protocol Encryptors. Its KOR-24A Small Tactical Terminal provides the AH-64E Apache helicopter with two-channel air-ground communications. And the company received one of the highest honors in the industry when it was selected to provide secure, resilient, high-speed in-flight connectivity services to some of the most senior U.S. military and government officials.

Now, Viasat has devised a new concept for defense communications. The company has pioneered the development of a hybrid networking architecture, in which commercial satellite communications (SATCOM) services are seamlessly integrated with government satellites to create a network of networks.  The diversity of connectivity options available within this type of layered, multi-network approach not only increases resiliency, but also allows government users to tap into the immense bandwidth and advanced capabilities offered by commercial providers such as Viasat. The upcoming ViaSat-3 constellation, for example, is expected to have a total capacity of three terabits per second.

“Today, DoD’s total use case for satellite capacity is around 30 to 40 Gigabits per second,” Peterman said. “If the DoD moves its use case to our ViaSat-3 satellite constellation, it would only take up around one percent of the total capacity of the Viasat network.”

“Think what a game changer this will be for our warfighters,” he added. “People in government aren’t used to thinking of satellite capacity as unconstrained and affordable. Now we’re not only encouraging the DoD to consider the advantages of bandwidth-intensive applications on the battlefield, we’re also advocating for a system that allows military users to easily roam across networks, upgrade cybersecurity capabilities and deploy artificial intelligence and machine learning cloud-based systems in near real-time. And this is all readily available to the DoD today.”

Viasat believes hybrid networking should be an open architecture system — one that takes advantage of the best of commercial and military technology with the goal of delivering connectivity capabilities today’s warfighters have grown accustomed to using in everyday civilian life.

“We are advocating for the DoD to take full advantage of the steep technology trajectories of today’s private sector,” Peterman said. “By better leveraging private-sector SATCOM technology, the DoD can provide military forces with the security, capacity, resilience and flexibility needed to maintain dominance across all domains and keep the edge needed to be successful on the battlefield.”

To help make that happen, Viasat is working with third-party terminal vendors – including major defense contractors – to make multi-network, multi-band, multi-orbit networking a reality. At the Association of the United States Army (AUSA) this week, Viasat announced the availability of a government-focused terminal modification kit that will provide third-party terminal vendors with regional access to high-capacity satellite communications (SATCOM) architectures and is designed to be forward upgradeable for hybrid adaptive networking. Additionally, the kit will allow the U.S. DoD and coalition forces to use their large inventory of existing SATCOM terminals to access high-capacity, secure and resilient networks, without needing to replace equipment.

Ultimately, Peterman envisions an architecture with the flexibility and reliability of the commercial cellphone market, in which government devices seamlessly switch between government and commercial networks to find the most efficient route, and without the user even being aware of it. That technology is available to the DoD today and Viasat is on a path to helping make hybrid, multi-network communications a reality for military forces.

“This terminal modification kit is a key component to enabling an open multi-network architecture,” Peterman said. “By working proactively with a number of partners that offer government-focused commercial off-the-shelf terminals, we can provide U.S. and coalition government customers with a variety of options to quickly address diverse mission needs; meet dynamic demands of today’s warfighter-on-the-move; and enhance the defense technology capabilities needed to deter adversarial threats.”