A penchant for problem solving 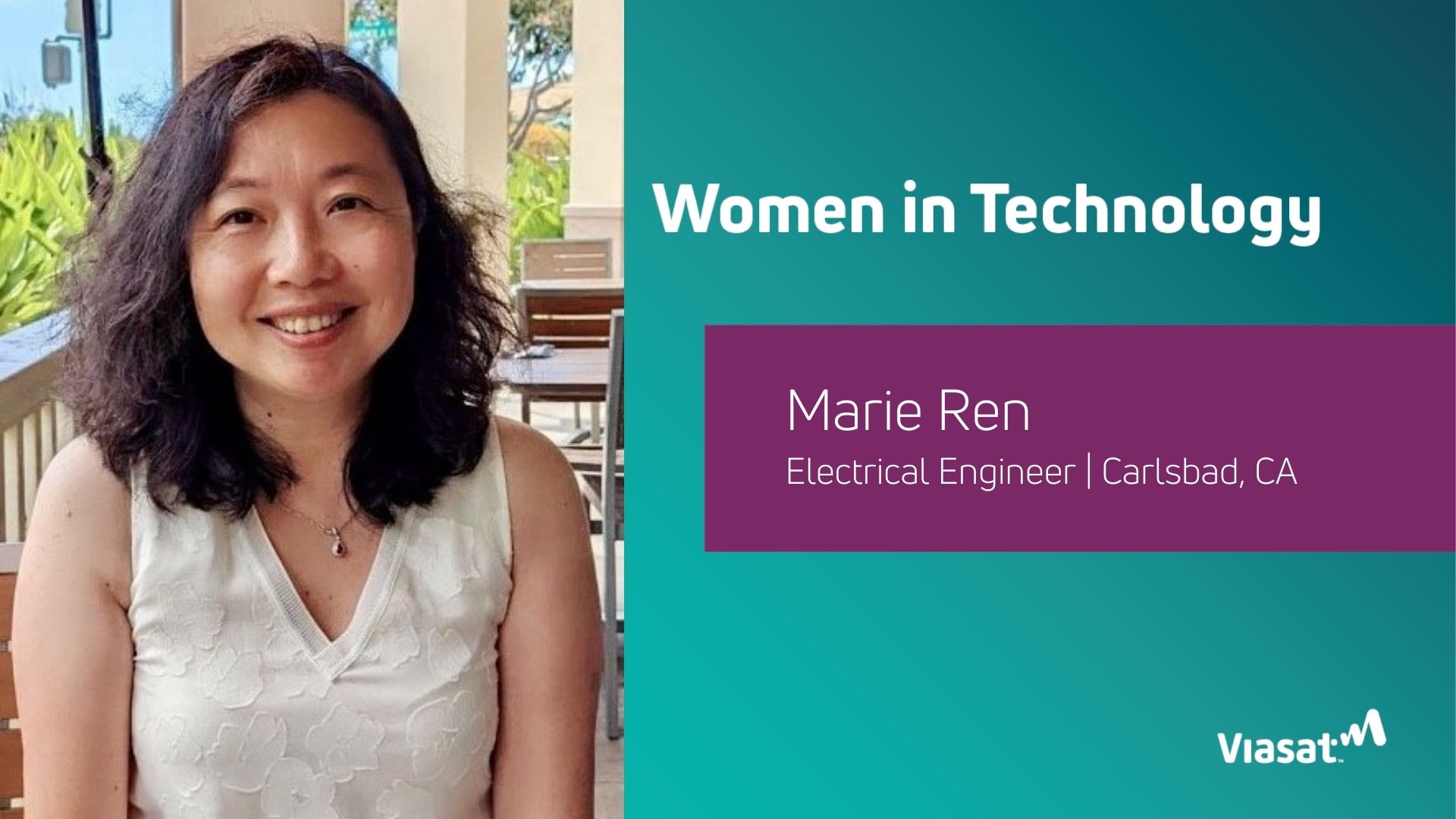 Ren uses those skills every day at Viasat, where she works as a systems engineer on the ViaSat-3 satellites. It’s the culmination of a career and life that has marched steadily upward.

Born in China, her parents came to the United States as visiting University of Notre Dame physics professors in 1987. The change was shocking for Ren, who started her senior year of high school in a new country.

“The first city I lived in in the U.S. was South Bend, Indiana,” she said. “There were not a lot of other foreigners there. And even though I had learned English in China, it was not conversational English, so it was very difficult.”

But Ren was inspired then, and throughout her life, by her mother – a woman she describes as brave and endlessly curious. A physics professor in China, she transitioned to living and working in the U.S. And at 50, she went back to school to earn a master’s degree in information.

Having such a role model kept Ren moving forward, even when she felt alone and discouraged. After high school, she enrolled at Notre Dame, a private Catholic university.

“I felt kind of out of place, and I was also socially awkward, so I put a lot of energy into studying,” Ren said.

I’m doing exactly what I want, with colleagues I enjoy, and I’m happy to come to work every day.

A passion for engineering

Ren first studied math, then discovered her passion when she added computer and electrical engineering classes.

Her graduate school advisor sent her off with some advice that she never forgot.

“My advisor told me, ‘You might not be the person who knows everything, but it’s good to surround yourself with people who are knowledgeable,’” she said. “I feel that I have taken this to heart. My career definitely benefits from good networking in my field.”

In 1995, Ren was recruited to work for a small, San Diego-based startup called PCSI. Lured by the Southern California weather, she moved across the country, soon after meeting her husband. He worked at Qualcomm; the campus adjacent to PCSI. Both were newly graduated master’s students.

“We had started at Qualcomm and PCSI at about the same time and San Diego was also new to him,” Ren said. “We loved exploring the city and beaches together. He was just a very easy person to talk to.”

The couple married and had two children. After staying home with them in their early years, Ren joined Linkabit – a technology company where Viasat’s founders once worked – as a lead systems engineer.

As exciting as her career was with Linkabit, Ren saw that Viasat – where several of her former PCSI colleagues worked – was taking its technology even further.

“Viasat was doing so much more; it had government and commercial and I was intrigued,” she said. “I thought I could expand my area of expertise on the government side, and later work on the commercial side.”

And that’s just what she did. In 2012, Viasat engineer Andy Lincoln – Ren’s former PCSI manager – recruited her to do system support for the JIPM waveform.

In 2014, systems engineer Dave Irvine, who today is Ren’s immediate supervisor, asked her to help him in the design of the ViaSat-2 satellite. The two have worked closely since. When ViaSat-2 launched in 2017, she helped calibrate the system to ensure the satellite was operating properly from its orbital slot before it went into service. When her team discovered an antenna abnormality, they worked together to point it in a specific direction and ensure it operated as efficiently as possible.

“We sent instructions to the satellite to shift the reflector to the right place, based on the output of the algorithms we saw,” she said. “That helped increase the capacity of the satellite. It felt really good to see that what I did had impact.”

Ren is now working in the same capacity on ViaSat-3.

“I see the value in my work,” she said. “I really appreciate Viasat. I feel because it’s a company created by engineers, it’s fact-based and logical. And we’re doing work that helps people connect to one another. All of that is important to me.

“I’m doing exactly what I want, with colleagues I enjoy, and I’m happy to come to work every day. I often think that Viasat will be my last job.”