A look at our partly connected world

The digital divide is closing, but there's still work to be done. 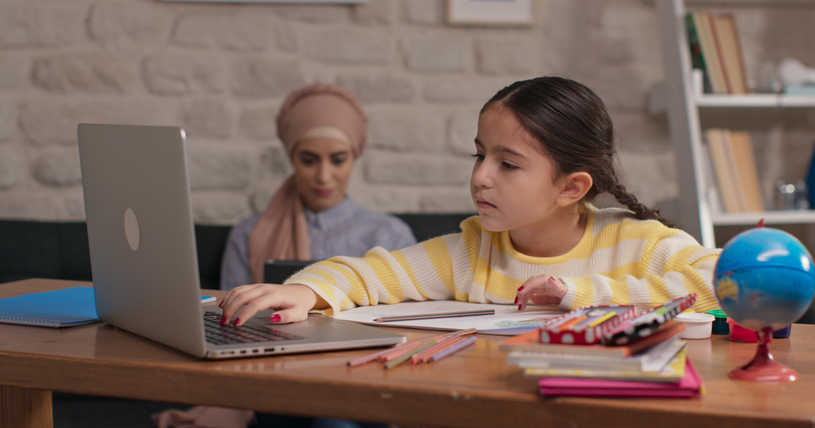 As online learning has become more important, accessibility to a good internet connection has become a key concern.

When the United Nations declared access to the internet a human right in 2016, only 47% of the world’s population was connected. Half a decade later, this rate has improved to 59%, or 4.6 billion people. Yet that means there are still 3.3 billion people in the world without an internet connection, including more than a billion people in South Asia alone.

A majority of those offline are, not surprisingly, in developing countries and those with unstable governments. In Eritrea in East Africa, just under 7% of the population is connected, while only one in four has access to an internet connection in the region as a whole.

In Latin America and the Caribbean, two-thirds of the population has internet, but fewer than half have access to high-speed or broadband connectivity. Most countries in this area have download speeds of less than 10 Mbps. This means that users can’t download movies in HD, and downloading or streaming a movie in standard definition will take longer. Those that rely on platforms like Zoom to work or go to school may have glitchy two-way communications or need to turn off the video altogether.

Across the globe, 1.7 billion children have no internet access in their homes. In conjunction with a report on the issue, UNICEF Executive Director Henrietta Fore calls this “more than a digital gap – it’s a digital canyon.” With school closures caused by the COVID-19 pandemic, Fore says these children are more isolated than ever, and falling further behind in their education. “Lack of internet access is costing the next generation their futures,” she said.

So, the need for broadband access in any environment is now more critical than ever worldwide.

With more children out of school worldwide during the pandemic, UNESCO estimates that more than 100 million children will fall below the minimum proficiency level for reading.

Those in developing countries are finding it difficult to keep up with online school. A mother of three school-aged children in Kampala, Uganda takes her learners to the local Wi-Fi café twice a week to get online. The family has a PC, but there is no internet at home and the electricity supply is so unstable that they oftentimes can’t even charge the device. Her children say it’s very difficult to learn when they visit the café just twice a week. Her 10-year-old son has ambitions to become an IT engineer, but he says his limited class time is not enough to make that happen.

For kids in the Philippines, the struggle for students and teachers is very real. While 72% of the population has internet, more than 90% of those users only have 2G mobile connections via their phones — barely enough to send much more than simple texts.

When the pandemic hit in the Philippines, 21-year-old elementary school teacher Gybel Agregado in Quezon City near Manila, knew her job was going to have to change. Just three of her students had access to internet capable of uploading photos of their assignments via their smartphones. Others had to go to hotspots to download or upload their assignments. “It’s hard to see someone struggle, but have limited power to help,” she says.

Students say it’s tough to learn math by typing the answers into their family smartphone via text without seeing the teacher’s face. Teachers were dropping off printed assignments to students’ homes, where they completed their work and returned assignments to a designated location.

Children in Sub-Saharan Africa and Latin American countries resort to television or radio classes broadcast over the state-owned airwaves. These are the areas that can benefit the most from broadband access. In many of these cases, infrastructure isn’t viable because of cost, safety, and unstable governments. The UN calls this lack of schooling the “new face of inequality.” Experts say access to broadband can create a waterfall effect in developing nations:  Better education for students creates better jobs for adults and results in a more robust economy.

The number of Americans without internet is also declining, but there is a sizable population on the other side of the digital divide. The Federal Communications Commission (FCC) estimates that more than 14 million people are without high-speed internet. In the age of work-from-home and school-from-home lifestyles, even the bare minimum standards for broadband may not be fast enough, especially when several devices in a home are online at the same time.

While the FCC’s numbers are the official count of those without service, in-depth research conducted by Microsoft suggests that as many as 162 million Americans don’t have high-speed internet. That’s a huge discrepancy, caused by how it’s measured. The FCC considers an area, or a “census block,” to have 100% broadband speed, even if just one home in that block is actually connected. In rural areas, a census block may cover many square miles. If a grocery store or restaurant in that block is connected, and none of the homes are, it’s considered to have full service for that block. There are more than 11 million census blocks in the U.S., so the numbers can differ widely.

The FCC admits it needs more granular data. "… for too long, the FCC has lacked the data it needs about precisely where service is and is not throughout the country,” FCC Chair Jessica Rosenworcel said.

Those who need it the most don’t have access

Regardless of what the actual numbers are, experts agree they are too high and affect those most in need of broadband. Nearly one quarter of those living in rural areas are not connected. Terrestrial internet providers find it too costly, or just too difficult to lay fiber cable or erect cell towers in isolated areas or areas with rough terrain. Building expensive infrastructure to serve a small number of customers spread over large areas doesn’t make financial sense for those providers.

The digital divide is more prevalent among those that are low income. Forty-four percent of adults making less than $30,000 a year say they don’t have high-speed internet. Almost half don’t own a computer or tablet. One-third report they don’t have a smartphone, and of those who do, one in three depends on their smartphone for all their internet needs. This affects remote working and learning.

“You can’t do homework on a phone,” said Traci Morris, executive director of the American Indian Policy Institute at Arizona State University. She testified at a hearing of the U.S. House of Representatives Subcommittee for Indigenous Peoples of the United States in April 2021. She pointed out that the Native population is among the least connected in America, and the pandemic has exacerbated the digital divide, “like no one could have imagined. People died, kids couldn’t go to school, and people couldn’t get telehealth,” Morris said. Without broadband access, “you’re not functioning in the same world.”

Health care during the pandemic has significantly increased the need for broadband access. The need was so great in rural North Carolina that a local health center set up a Wi-Fi hotspot in the parking lot, lending out recycled tablets to patients so they could access a physician from their car.

Much of the existing gaps in coverage can be addressed not by terrestrial technology but with internet via satellite. Viasat already covers vast areas of North America and Europe with its current satellite fleet, with more served through partnerships in Brazil and Mexico, among others. Recognizing that many people in developing countries may not be able to afford their own internet service, Viasat has also created a Community Internet solution, where internet access can be obtained on a per-use basis for small amounts of money.

All of this is planned to expand greatly when Viasat has its new ViaSat-3 global constellation in place, expected within the next few years. With designs featuring more capacity in each satellite than our current fleet combined, and with near-global coverage anticipated, Viasat is poised to help countries around the world close the digital divide.