2019: The year in Viasat technology news

From in-flight Wi-Fi to expanding service to other countries, it was a busy year for the company 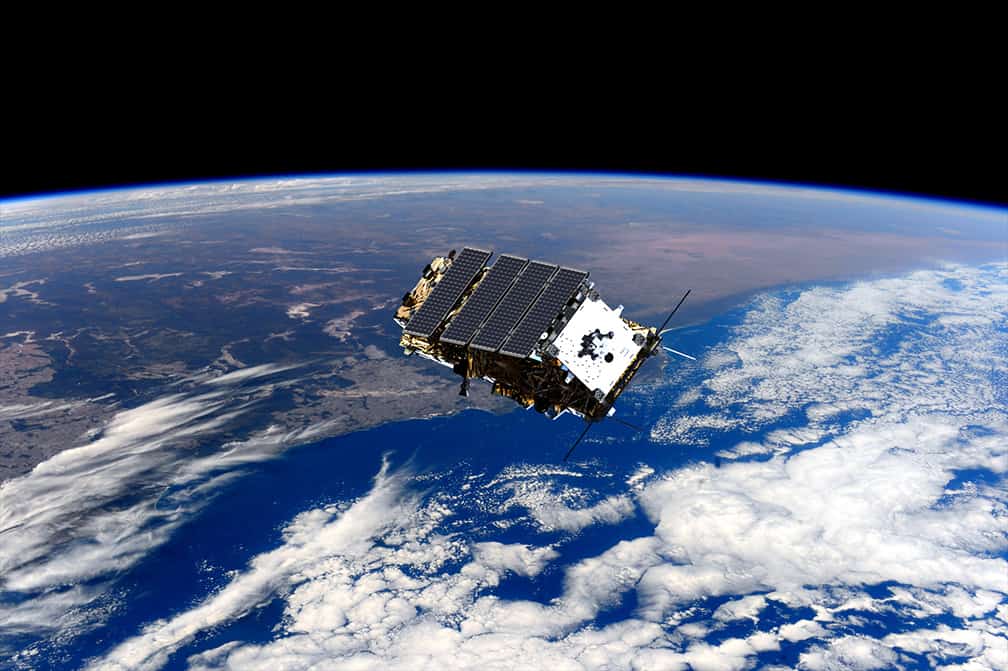 As we ready for 2020, we’re taking a moment to remember the year that was. This is the second of three posts highlighting some of the top stories of 2019. In this group, we focus on stories about our technology, and the many ways – from in-flight entertainment to military satellite communications – it’s impacting the world.

Arianespace will launch one of Viasat’s three-satellite global constellation, but unlike past launches, the ViaSat-3 satellite will be transported into space on Ariane 64. It’s a much more powerful launch vehicle than Ariane 5, which carried our ViaSat-2, WildBlue-1 and Anik F2 satellites. The greater power of Ariane 64 means greatly reduced orbit-raising time, which means ViaSat-3 can get to work sooner.

The first satellite is planned for launch in 2021.

Viasat’s Real-Time Earth network – which helps observations satellites get their data back to earth more quickly – is already expanding on the ground, and the upcoming ViaSat-3 constellation could provide an extraordinary additional link in the future.

On the earth, Viasat’s cutting-edge antenna and ground station technologies can help foster a network available to others that will greatly reduce the amount of time it takes to deliver imagery data. And in the sky, the ViaSat-3 constellation has the potential to extend that network into space, reducing data transmission time from satellites.

Viasat introduced its second-generation Ku-/Ka-band shipset, including an advanced hybrid antenna and complementary radome. The latest dual-band system, designed for the commercial wide-body aircraft market, will keep passengers and crew connected across commercial Ku- and Ka-band Geosynchronous and Non-Geosynchronous satellite networks – virtually anywhere they fly around the globe.

The shipset creates an accelerated migration path for commercial airlines to operate on Viasat’s global network. It immediately enables worldwide roaming connectivity for new or retrofit aircraft – serving a large and growing portion of their routes on the fastest Ka-band networks, and the balance on global widebeam or spotbeam Ku satellites. Airlines can steadily migrate a greater portion of their routes to the faster, more economical Ka-band service. That’s possible because of the growing array of partner satellites, and will expand further with the global ViaSat-3 constellation; it’s planned for launch in 2021 and 2022.

Viasat’s recently partnered with China Satcom, opening the door to what’s soon expected to be the largest aviation market in the world. Since the partnership focuses on working with China Satcom to provide in-flight connectivity (IFC) to the country’s fast-growing airlines, consumers in China will soon get their first experience with Viasat in the air.

In addition, Viasat’s existing airline customers are expected to be able to offer passengers the same kind of high-speed connectivity experience while flying into, over and out of China as they would in other parts of the world.

The compact terminal delivers the industry’s highest data rates for an 18-inch antenna, providing the highest forward link capacity (to the aircraft) and highest return link capacity (from the aircraft) to perform high-bandwidth applications such as advanced video streaming services.

50 Years After Apollo 11: What the moon landing meant for the satellite industry

July 16, 2019 marked 50 years since America achieved the seemingly impossible and landed a man on the moon.

This American venture into space began with a threat, when the Soviets launched Sputnik-1 in 1957. The first artificial satellite put in Earth’s orbit took Americans aback. The country considered Sputnik a national security issue, because it potentially signaled the Soviet Union’s ability to send a nuclear warhead into U.S. air space.

It wasn’t easy, but Sputnik lit a fire under the country, one that eventually led to the country’s modern-day satellite industry.

While rural beauty spans all of Spain, access to high-speed residential internet did not.

The power of satellite internet is being felt across the country, as Viasat, with the launch of our residential service, helps connect those who lack access to high-speed broadband.

According to Spain’s Ministry of Economy and Business, over 10 million Spanish residents still don’t have access to the minimum recommended download speed of 30 Mbps, a standard set by the European Commission. Europe’s 2020 Digital Agenda has a goal of expanding access to 30 Mbps internet speeds for all consumers across the European Union.

Viasat working toward the promise of universal connectivity

More than four billion people worldwide are without access to broadband internet. With connectivity unavailable or financially out of reach, these populations and economies are falling further and further behind regions that are constantly moving forward with new technologies.

The most viable solution for internet delivery to many of these areas is satellite.

Viasat is leading the way toward meeting this demand, with a three-satellite constellation — ViaSat-3, currently under construction – that is expected to cover most of the globe.

Since it requires less infrastructure on the ground, satellite internet can be delivered just about anywhere there’s coverage. And as that coverage expands globally thanks to companies like Viasat, the promise of connecting many of the world’s unconnected is becoming reality.

Viasat’s Australia Government Systems business is headquartered in Canberra and provides a wide range of defense technology capabilities to the ADF.

The goal of the next-generation satellite is to provide sovereign, secure, resilient satellite communications wherever the ADF needs to operate.

Viasat is also expanding its technical support footprint in Australia in a move that will both improve service and delivery of new capabilities for ADF users.