The number of these spacecraft is growing, as is the variety of uses they serve 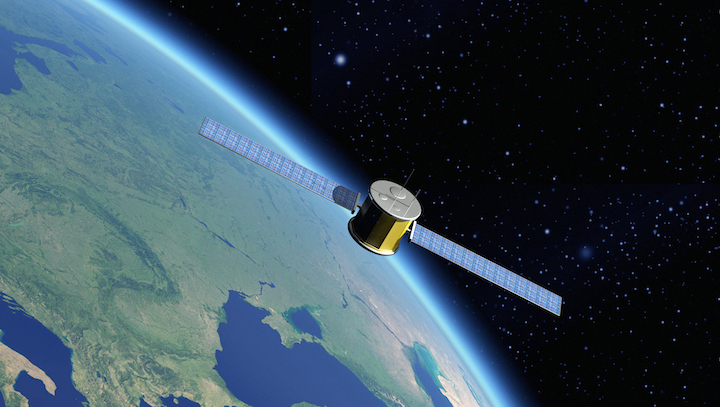 Earth observation satellites come in a variety of shapes and sizes, and most are positioned in low-Earth orbit.

Earth Observation (EO) satellites keep an eye on our planet from miles above. These flying watchdogs help us to monitor and protect our environment, manage our resources, respond to natural and humanitarian disasters, and aid in climate change action. But to get all the rich data they collect down to Earth, they need to connect to a ground station. Viasat is one of several providers that offer that vital link through its Ground-Segment-as-a-Service (GSaaS) product.

Today, Viasat’s Brian Chandler and Bill Lawyer teamed up to share some of their vast knowledge of EO satellites.

1.    How long have EO satellites been around?

The yearning for such technology dates back to the 1800s, when people attached cameras to balloons and kites to capture aerial photographs. In 1903, a German apothecary used a leather harness to strap a lightweight camera to pigeons, turning the photographs into postcards. The German military even tested the pigeon technology.

But the true precursor to today’s satellite remote sensing began in 1957 with the Soviet Union’s Sputnik-1. Orbiting Earth every 96 minutes, it transmitted radio signals to Earth.

The U.S. military launched a series of reconnaissance satellites in the late ’60s and ’70s. Long before the option of Ground-Segment-as-a-Service, these satellites were designed to take high-resolution photographs and then return the payload to Earth via parachute, which was retrieved in mid-air by aircraft. This specially designed film could survive re-entry into Earth’s atmosphere.

2.    What are the different types of Earth observation satellites?

While all EO satellites include a sensor pointed toward Earth, their structure and function vary.

The most popular has an electro-optical sensor, which makes the satellite function much like a flying camera. Google Maps and many defense applications rely on this technology.

These passive satellites detect radiation reflected off the Earth’s surface, like visible light and infrared. They are not effective at recording through clouds.

Many more applications are under development.

3.    What types of orbits do these satellites typically inhabit?

They’re typically found in low-Earth orbit (LEO), about 500-1,300 kilometers above Earth. This orbit works best because the closer the photo, the higher the resolution and the better the quality.

A very small number operate in geosynchronous orbit (GEO), about 35,786 km above Earth.

Others travel in a sun-synchronous orbit (SSO). Satellites in SSO travel over the polar regions, synchronized to be in the same fixed position relative to the sun. This means that the satellite always passes the same spot at the same time and can observe that point at that fixed time, capturing changes over time. EO satellites in SSO can also minimize shadows to get a clear picture of the point they’re tasked with observing.

4.    It seems like there are a lot more EO satellites in recent years. Why is that?

It’s part of the Space 2.0 “small sat” revolution that started in the last decade. Historically, only a few companies or governments could afford to build and launch satellites. Now, companies have found ways to explore space at reduced cost. Just as computers were once room-sized, changes in satellite technology are allowing for great sophistication in a small package.

5.    A number of industries are finding a lot of new uses for EO satellite technology. What are some of the more interesting ones?

Using satellite technology, organizations today can find and cite those engaged in illegal fishing. In Indonesia, for instance, boats whose owners have legal fishing rights are equipped with a beacon that transmits their location. Boats without those beacons can be detected from space. Using that information, marine authorities can contact and cite offenders.

City governments can detect changes to people’s property – pools, buildings, and other enhancements that require permits — and about which the owners might not have notified the local government.

In Spain, satellite customers are using data to help predict wildfires. The intensity of the measured satellite signal varies with the amount of water in the soil, helping predict conditions that are conducive to fire. Agencies can then enact burn bans and build warning programs and evacuation plans around that data.

In the northern latitudes, companies use SAR data to predict ice conditions in shipping lanes. If ice is blocking the lanes, they can send an ice breaker to clear a passage for the ships.

6.    For operators, a reliable way of getting data from the satellite to Earth is crucial. What are their options for that ground connection?

There are two different ways. The most popular way is via a ground antenna. These can be purchased, though they are expensive. Viasat is among the companies that sell these specialized antennas. Customers can also rent an antenna, another service Viasat provides through its Real-Time Earth (RTE) service, the branded name for our GSaaS offering.

With the upcoming launch of the ViaSat-3 global satellite constellation, Viasat plans to launch an RTE Space Relay. That will provide customers with persistent contact with their satellites.

Satellites using GSaaS can currently only downlink when they pass over a ground station, so there is a time gap between data collection and download of 45-90 minutes or more. That’s the same for all current GSaaS providers.

Operators also will be able to switch between space relay and RTE direct-to-Earth, depending on their needs.

7.    What are the kinds of antennas Viasat manufactures to serve these satellites?

Our satellites range in size from 2 meters (roughly 6.5 feet) to 24 meters (about 79 feet). And unlike the TV and internet dishes most of us commonly see, they tilt and pivot so they can track satellites from horizon to horizon.

Viasat has installed them on every continent in the world, including several in Antarctica.

8.    How are EO satellites used for ISR (intelligence, surveillance, and reconnaissance)?

EO satellites can track troop and equipment movements, as they’ve done in the Ukraine war.

The U.S. Government is one of Viasat’s biggest customers, using our systems not only for communication but our satellites for battlefield intelligence.

Satellites can also be used to gather information. For instance, if a government has agreed to a nuclear treaty, satellites can record how many nuclear missiles it has, ensuring it is adhering to the treaty requirements.

9.    Are there different terminals for receiving data and for TT&C?

Yes. Earth observation satellites have two communication channels – a one-way channel used to collect and download data to Earth, and TT&C, which stands for telemetry, tracking, and command. This separate channel controls the spacecraft, checking fuel level, battery strength, and other crucial indicators.

10. As EO satellites continue to become more affordable, do you anticipate there being even more uses in the years to come?

Yes. With satellite-related costs going down, we’ll likely see more investors and new entrants to the industry — especially as the Internet of Things industry grows.

As satellites become more affordable, a growing list of countries are becoming able to build and operate their own satellites. This provides an asset that the country can use to improve its economy and security, and it builds knowledge and skill in a high-technology area.

It’s not just about the cost of the satellites, it’s about the awareness and understanding of the data they can produce. EO companies are not only seeking new customers, but educating them about how they could use satellite imagery.